Today we in Boston woke to news that one of the two suspects in the Marathon bombing had been killed.  The other, his brother, was being chased down. Watertown and Waltham are locked down and Wayland is just two hops away from the search.

I think how the Police identified the brothers is a great example of how Big Data can help us. As a computer guy, I’ve seen the decline in privacy caused by digital footprints we leave behind: credit cards, EZ Passes, cell phones, etc. Finally we are seeing the peace dividend from all this data.

A couple of things came together in the Boston marathon investigation.  First, there were thousands of cameras taking geocoded and timestamped photographs at the blast locations.  These photos were collected (voluntarily) and paired up with video from a few security cameras.  Add tons of computing horsepower with sweet pattern recognition algorithms and you can reconstruct the entire scene like a 3D movie.

So now we have a new weapon in our fight against terrorism.  If we (the people) are OK with more surveillance in public places, it will be really difficult to do something awful without getting caught.

I love Skype.  I’ve been living on it for years.  It’s a good IM client, the VoIP is great and the group video is completely acceptable.  My Wayland office has one less device on the desk since I don’t need a regular phone anymore.

Today the wheels came off when I discovered that the Macintosh Skype client hangs up on callers when I reject a call.  On Windows, it sends the caller to Voicemail — which is what 95% of people would want.  I’m not sure what the other 5% want, but I’m guessing it isn’t a disconnect.  And the issue has been around for a year without resolution!

So is this a Microsoft thing?  Are they trying to punish me for leaving Windows?  I hope not, because I’m going to dump Skype before I leave Mac OSX.  They’ll be lonely in the Microsoft Store opening soon in the Natick, MA Mall if this keeps up.

I’ve been having a great time in the Wayland Barn doing data migration work with MS SQL Server 2012.  The gigantic legacy database I’m moving to Salesforce.com is super speedy on my SSD so everything is good.

Until I find out that that legacy database has triggers and stored procedures written with a deprecated JOIN syntax.  They are using *= in a zillion places to perform OUTER JOINS.  and the rain starts pouring in Wayland. Truth is, that syntax has been out of style for a decade.  But Microsoft was still supporting it until just this newest release.  Check out this very good summary of the situation.

I’ve been working on a Salesforce.com data migration recently and I love it when they improve the platform in subtle yet powerful ways.  My most recent pleasant surprise is the expanded length of “Name” fields.  Names used to be limited to 80 characters, which seemed generous, but still left us with a hack for storing legal names on some objects (tables).

Now Names can be up to 255 characters and it is a great simplifier.  So with joy and gratitude, I’d like to ask Salesforce to do something way easier.  Please enhance the best on-demand report writer and allow us to show/hide totals and grand totals in matrix reports.  This idea has been floating around for years and I can’t imagine it being difficult to implement.

Today we had a breakthrough on prototyping a new app.  After umpteen hours of notes and ideas and sketches it all came together.  We went from feeling lost in our Wayland office, to having a plan of attack — in one breakthrough hour.

We decided to mock it up (again) in Balsamiq so we could be sure it would work right.  Then we realized that the new thinking is such a great simplifier, that we can mock it up in HTML and Django just as fast.  And we’ll really get a feel for how the app hangs together.

Not sure what created the breakthrough.  Maybe the soak time, a good nights sleep, our track record of great teamwork, who knows.  Stay tuned…we’ll see how it turns out.

I’m loving my new setup for Email and Calendars on my Mac. But there is always something that doesn’t work quite right. For today’s annoyance, I submit the detail that I can’t have my Office 365 Email and Calendar without also having Tasks show up in the Reminders app.

Before you tell me how petty this peeve is, the Tasks list shows up first in Reminders, and there is no way to move it down. So it becomes the default list. Drat.  I’m looking for solutions and will post if/when I find one.

The last 2 companies I’ve started have been pure cloud — no infrastructure, no Windows in the server stack or client requirements. I had thought the days of using Office and Windows were over for me.

Then I got hooked up with some guys using Office 365 to get launched and it works really well. Similar to my fat client post before, I’m surprised at how easy it is to go back to “rich” tools like PowerPoint and OneNote. I’ve got my Windows VM running in Parallels and when I switch to Full Screen, it’s like I never left.

Final thought is the Surface machines look really cool. If they go on sale, I’m picking one up!

I made the transition to Google Apps and browser based email/calendar about 2 years ago.  It was pretty difficult to ween myself off of Microsoft Outlook and Exchange which I’d been using for 10+ years.  In general I was happy with GMail and, in many ways, I think the Google Calendar user experience is BETTER than any fat client solution I’ve seen.

I even went to the trouble of consolidating several GMail and Google Apps accounts using forwarding and aliases.  It all was working pretty well.  Until I hit the 4th email account where I needed to keep things separated. I was spending all my time switching from one browser window to the next checking multiple inboxes the hard way.

Then it happened.  I’ve moved back to a fat email client to manage all these accounts.  Apple Mail, the free client included in $29 OS X, is fantastic. It manages multiple accounts gracefully and the default configuration works great with Google Apps.  Don’t try to outsmart it.  Just take the defaults and be happy.

One subtle trick is knowing that you can use multiple email addresses in a single account in Mac Mail by separating them with commas.  That was the final piece to make it all work perfectly for me.  Note that you need to setup these secondary aliases in Gmail as well.  Read here for more details.

I’ve hated wires for a long time.  So when Bluetooth came along, I tried everything that came with a Bluetooth radio.  Perhaps my favorite Bluetooth success story is Jabra Halo2 headphones…with a few caveats (one easily overcome).

What’s this about a “special” protocol?  I don’t have all the details, but when I tried the default pairing I got frequent drop-outs.  Almost seemed as though the headphones wouldn’t stay associated well.

However, if you start the pairing process and KEEP HOLDING THE BUTTON DOWN until both the Bluetooth and Red Battery light stay on solid, then your headset will be paired to only the new device and use a reliable connection to an iPhone 4S.  My experience spans an iPhone 4 and 4S and 2 sets of Halo2 headphones. Maybe the default pairing mode works fine with other phones. 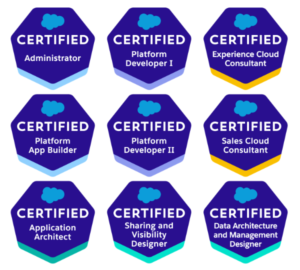